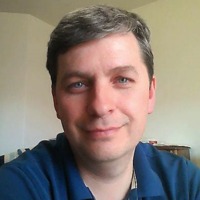 Christian Clement, a German anthroposophist and steinerschoolteacher who works at the Brigham Young University (USA), tried to deceive the public by showing up in an internet discussion under various nicknames. With his sockpuppets, ‘Peter Althaus’ and ‘Gottlieb Friedeman’, Clement started defending himself and talking about himself in the third person. By doing so Clement proves he is intellectual not reliable and doesn’t hesitate to mislead the public.

Notable is that Clements ‘research’ is not only sponsored by the anthroposophical cult, but is also made possible by the Mormons, another religious cult, where Clement found his wife. Under the influence of her husband Krista Christen Clement converted to the anthroposophical schoolsystem and since then teaches their children at home. The Mormons provide support for Clement by offering him a chair at their Brigham Young University.

But the most stunning thing worth knowing is that a respected German publisher of scientific works, the Frommann-Holzboog Verlag, is taking part in this questionable collaboration. Are they aware that one of their authors exposes himself as an ordinary con artist?

For anthroposophists it is quite normal to deceive the public. As admirers of their beloved ‘master’ Rudolf Steiner they are willing to bring the masters advice into practice.

Rudolf Steiner: ‘We must worm our way through…[I]n order to do what we want to do, at least, it is necessary to talk with the people, not because we want to, but because we have to, and inwardly make fools of them.’ (Conferences with Teachers of the Waldorf School vol.1, SFS Publications 1986)

13 thoughts on “Anthroposophical ‘academic’ Christian Clement and his sockpuppet scam”